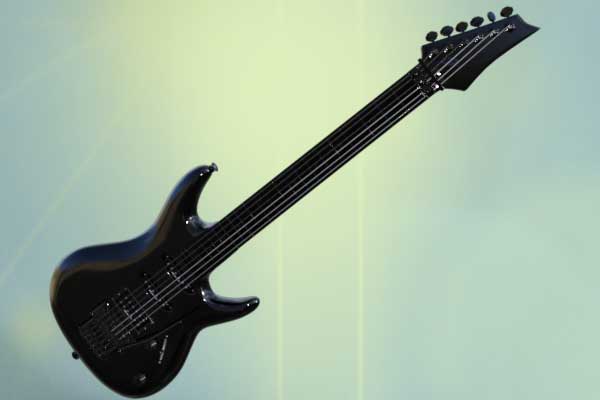 The Strummercamp Festival is a yearly get together of mainly punk, regge, alternative rock, new wave musicians who play to an enthusiastic audience. It was set up in memory to musician Joe Strummer (real name John Graham Mellor) of the 1970s band The Clash, often hailed as amongst the most influential punk rock bands. He died suddenly, and unexpectedly, in 2002, of a congenital heart defect.

Strummer had a very eventful life. Born in 1952 to parents working in the Foreign Office he was packed off to boarding school and rarely saw them. By the time he was 18 he also lost his brother who kelled himself; Strummer had to identify his body, which had been undiscovered for several days. All this affected him deeply and it is hardly surprising hat he grew up with a rebellious and anti-establishment attitude.

By 1975 he bought his trademark Fender Telecaster using money he got from marrying a South African woman solely so that she could become a British citizen; something that was not illegal at the time but since the woman vanished out of his life he couldn't marry a young lady called Gaby Salter who bore him two children over their 14 years together but he was already getting the wonderlust and had a string of affairs.

During the early 1970s, influenced by musicials like Woodie Guthrie, Little Richard and the beach boys he did a bit of busking, worked as a gravedigger then joined several bands, eventually forming one called the 101ers, named after a squat that he and his room mates shared. No less an up and coming band called the Sex pistols opened for them at a gig in 1976; he was greatly impressed and a love of raw punk music grew within him. Shortly afterwards he and a group of others formed The Clah and a new era of music was born.

Life then became a little erratic. There were problems with the law including a violent episode in which he hit an audience member with a guitar. He would disappear for weeks on end, rows developed within the group and eventually it fell apart. During it's time though it had really made a mark, with songs protesting against racism, unemployment, Thatcherism, and social decay. On stage Strummer was a picture of agonised, frantic energy; yet off stage he was probably the quietest of all the band members, at a time when sex drugs and rock and roll were all the rage.

He then went on a solo career, worked with other bands, became a DJ, and even co-wrote a songe with Bono of U2 for Nelson Mandela. The year after his death the clash were inducted into Rock and Roll's Hall of Fame, a Plaza in Grenada, Spain, was named after him and there is a yearly Joe Strummer Day in Widsor, Ontario, Canada, in memory of his work against racism and deprivation.

Strummercamp Festival, a not-for-profit festival featuring music created or influenced influenced by Strummer was set up after his death by friends and devotees, based initially at Manchester Rugby Club in Cheadle hulme in Cheshire. It featured strong line-ups of bands playing a mixture of punk, reggae, ska, blues, hip-hop and all manner of fringe and protest music with not only lesser known bands but also chart toppers such as the Ram Jam Band, Geno washington and Billy Bragg.

Covid of course has been a problem for the Strummercamp Festival but they were able to put a show on in 2021 at Oldham Rugby Union Club, although numbers were inevitable depleted because of anti-Covid precautions but the organisers are confident that the show will go on into the future.

Who would have guessed that the Covid epidemic would have turned us into a nation of fast food addicts?

We Brits have traditionally been fond of our fish and chip shops. These faced huge competition during the 1960s as first Chinese and Indian business people opened shops selling curries and a huge list of other takeaways, and then burgers became more and more popular. Now a traditional chippie selling just cod and chips with optional steak pies and puddings isn't likely to stay in business for long.

The whole fast food market faced a huge shock when the Covid epidemic struck though. Restaurants, chip shops, burger bars and other fast food outlets were forced to either close or switch to making home deliveries. Soon there were tens of thousands of (mainly young) delivery drivers buzzing round on scooters and delivering food to starving people who had apparently forgotten how to cook for themselves.

It wasn't long before police forces throughout the country woke up to the fact that most of these drivers were technically uninsured; normal car or scooter insurance didn't cover this kind of work! The insurance industry was not slow at sensing an opportunity and so food delivery insurance was born! This quickly became a best seller as more and more drivers took jobs delivering pizzas, burgers, curries and all manner of fast food. Fish and chips suffered though; it may be OK to keep a curry warm or even hot in a specially designed container whilst it's delivered but fish and chips needs to be eaten hot, straight from the fryer! The decline of the traditional chippy accelerated.

After the Covid outbreak subsided the nation's taste for food deliveries not only continued but actually increased; millions of us are now quite used to sitting at home waiting for the knock on the door that announces that our pizzas and burgers have arrived. After all why should we collect them ourselves? It's cold and wet outside and that's what delivery drivers are for, isn't it?

The traditional Friday Night queue outside the chip shop for battered cod and chips, with some holding a basin for their mushy peas, and kids begging for fish bits, is over. Another fine British tradition has bitten the dust.