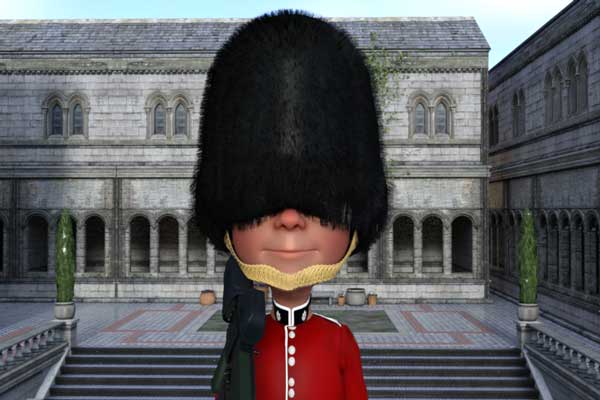 Why we love our traditions

We British love to retain our links to the past - possibly we have had such a long and exciting one. This is why TV costume dramas, historical documentaries and archaeological dig programmes are so popular.

We also like what we like. We are a nation of tea drinkers, rather than coffee; during World War 2 the government bought up almost the whole world's tea harvest, which was claimed to weigh more than the shells explosives and bombs that we imported. We love to discuss the weather; people from other nations are bemused by this. We stand in orderly queues whilst the foreigners all try to rush to the front. And perhaps most of all, we love our traditions.

Not that these traditions are set in stone though. Our national dish used to be roast beef and two veg, sometimes with the divine Yorkshire Pudding; the French still sometimes refer to us as 'Le Rosbifs'. It is now chicken tikka massala. More about that on another page!

We are now developing a new tradition in Britain: staying away from shops but having everything we want delivered straight to our door!

In my youth we had newspapers delivered every morning - all we young lads were paper delivery boys at some time or another. Milk came early too, on a quiet milk float. Some bakeries delivered fresh bread, brought by (again) young lads on bicycles.

We have now gone overboad with deliveries though. Just about everything can now be carried straight to our door by drivers of cars or vans, all armed with pricy delivery driver insurance and carrying all kinds of goods from fast food to refrigerators! The days of driving to town, finding a parking space, hunting for goods which are either out of stock or "never asked for" are over.

We were once known as a nation of shopkeepers; now we are a nation of delivery drivers instead! 😀

Many traditional pursuits and festivals have survived for hundreds of years; some have changed over time; some have disappeared only to reappear later. Others have been the victims of changing social attitudes, insurance costs, or health and safety issues. Lately the Covid epidemic has dealt a severe blow to everything except sitting at home and watching TV; the damage it has done to our traditional pursuits, sports, arts, shows, and all other truly British activities may well result in some of them disappearing for good.

In the meanwhile, however, new ones are emerging as a result of immigration. The Chinese New Year, Ramadan, Diwali are celebrated extensively in many British towns and cities. Our favourite national sport, football, has been raised to a new level by immigrants, and their descendants, who brought new standards of skill and fitness to the game. The food we eat was been transformed over the last fifty years or so as the country's population has become more diverse. Fashion, in both clothing and musical tastes, have been altered beyond recognition.

On the other side of the coin, a lot of British traditions have had to change in order to avoid offending the newcomers. Morris dancers should no no longer black their faces to simulate work in the mines or fields; the books of many traditional authors have had to be edited; and a programme like 'The Black and White Minstrel Show' would now be unthinkable.

Many of our traditions have been changed by religious beliefs too. Some of the oldest were first celebrated during our pagan past. As Christianity became more widespread a lot were suppressed but a large number, such as Bonfire Night, were given new identities.

In this website I will examine many of our traditional beliefs, tastes, and celebrations, including how and why they began, how they have changed, and how they are faring today. The range of possible subjects is vast and I will be adding to it constantly. If you wish to contribute ideas I would love to hear from you.